Somebody hyped ‘Silent Partners: Artist & Mannequin from Function to Fetish’ show at The Fitzwilliam Museum and that’s why you jumped on a train to see it before it closes. Travelling to Cambridge by train reminds you that there is such a thing as the horizon and indeed, life beyond London. Nevertheless the trees that edge the fields are naked apart from those wrapped with ivy, looking like thin old men in baggy pajamas, their twig and branch hair knotted with rook’s nests.

Just before entering the main show at The Fitzwilliam you are sidetracked by a small, complimentary exhibition titled ‘Fatal Consequences: The Chapman Brothers and Goya’s Disasters of War.’ It’s hard to like Jake & Dinos Chapman, but to be fair, and to their credit, they never asked to be liked. A desire or need for affirmation and praise may play a part in many artists’ motivations and yet, since modern art’s anti-academic inception some form of belligerent transgression is often more likely to win you praise than any deferential desire to please.

The link between J&D’s display and the ‘mannequin’ show is of course the way the brothers have deployed their own grotesquely malformed mannequins. In Silent Partners a couple of their synthetic offspring sit looking like promotional vehicles for their school uniforms, except for the fact that the school badge is a swastika circled by the motto ‘THEY TEACH US NOTHING” while their hyper-smooth skin is ruptured by animal snouts and gnashing teeth bursting forth – a well-chosen gesture that even the most art-jaded eye can’t help but find utterly repellent. 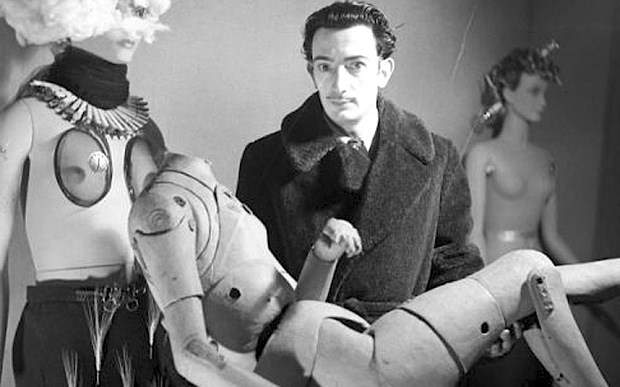 Silent Partners is one of those big budget affairs, researched and installed at great cost, adorned with talks, screenings and events and soon to be re-staged in Paris. It is also a well-considered crowd-pleaser if only because there is probably no more hackneyed object in modern art than the mannequin and ‘lay figure’ whose ‘uncanny’ or ‘interesting’ value is over-familiar to anyone with the slightest affinity with modern art. And so it takes artists as confrontational as J&D to breathe new life into such a well-worn theme, even though the galleries here are filled with a rich and generous history of the theme. The use of wooden and waxen figures in the planning and preparation of artworks (here dating back to the Renaissance) later becomes a tool of consumerism and fashion, and finally an icon of a world in which the human seems increasingly anxious to delegate its responsibilities to dolls, robots, drones and other post-human surrogates.

Ultimately J&D grab all your attention, drawing on Bataillean shock as a means by which to escape limitations. Through and beyond such a disturbance we might encounter something truly extra-ordinary (i.e. not merely ‘extraordinary’ in the way the middle classes currently mis- and over-use the word.) Shock, disgust and outrage are all sure signs of nerves touched and thresholds reached andwe now have a grand counter-tradition of Realists, Dadaists, Surrealists, Feminists and other ‘ists’ who made it their responsibility to expose art’s and our own limits by means of provocation. 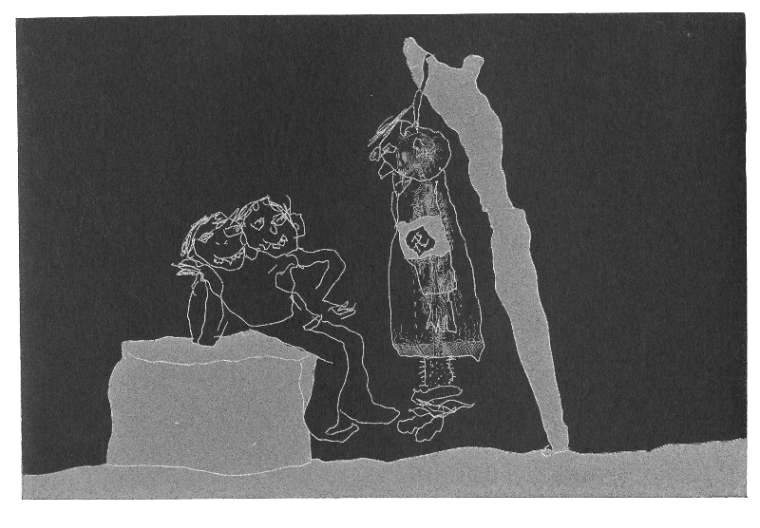 Goya is of course one of J&D’s inspirations, having created, alongside his role as courtly painter an underworld to his own practice, comprising of sub-sets and sub-series of images which, in a precociously modern way, make art-with-a-conscience as well as unofficial, uncompromising and explicit art that is both surreptitious, critical and current (the Banksy of his day perhaps.) To these unprecedented images Goya added the further innovation of his very own ironic captions. J&D’s notorious engagement with Goya also turns into a dialogue with the medium of etching. In ‘Fatal Consequences: The Chapman Brothers and Goya’s Disasters of War’ the brothers draw directly onto steel plates without preparation, producing Art Brut-like offerings of which Dubuffet would have been proud. Their crude, purposefully offensive scratching is comparable with that made on school desks by pubescent boys, and they do, appropriately, print some of their plates on pages from children’s books. They also experiment with a strange effect produced by using white ink on black paper, and when this innovation is combined with their subject matter – often relating to WW2- you might feel that, between the barbaric times witnessed by Goya and our own supposedly more modern, free and democratic era, the world may have been so shocked by the flash of atomic bombs and the unrepresentable horrors of the holocaust that black has indeed been turned to white, wrong to right, truth to lie, good to evil and the night to day.

J&D have shocked us, not just with their transgressive drawings and monstrous sculptures but also by the unacceptable fact that they bought and reworked a precious edition of Goya etchings. But no deeply offended, ultimately conservative bluster will hold out for long against a truly transgressive avant-garde art gesture. For modern and contemporary art, innovation and insult go together like the two essential components of an industrial-strength glue that once combined create a substance impossible to erase from art history – no mean feat these days and surely impossible achieve by merely striving for the ‘interesting’ as, despite all its research and occasional surprises, Silent Partners: Artist & Mannequin from Function to Fetish’, seems to do here.