On International Women’s Day you attended the screening, at BFI’s Southbank, of Dreamcatcher, (2014), a film by Kim Longinotto, a director you have only recently discovered. She transported you to Chicago’s poor black neighbourhoods by means of her unobtrusive and lucid documentary film-making. The sold-out Screen One audience were carried along on a roller-coaster of emotions, often experiencing tearful catharsis as poverty, violence, prostitution, drug abuse and obesity were exposed as walls of an architectural, economic and psychological ghetto that entraps enormous swathes of what is often championed as the richest, freest and most powerful nation on earth.

Brenda Myers-Powell, the ‘star’ or central protagonist of the film, is someone who nevertheless maintains a magnificent and enviably constructive optimism when confronted by compound failures, first in her own life and now in the lives of all those she strives to rescue from hellish spirals of abuse, decline and resignation. As a result of her infectious indomitability you leave the film on a high, feeling not only that the modern world’s injustices and inequalities are both unspeakably ugly and avoidable, but that, despite them, the human spirit can –on a personal or collective level- relocate a moral compass and, through care, consistency, community and shared effort, succeed against all odds. 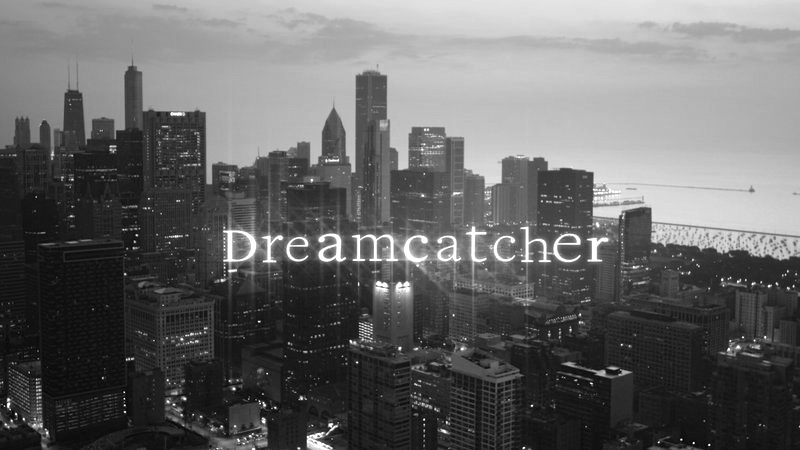 Longinotto’s forte is the in-detail up close and intense truthfulness of a ‘fly-on-the-wall’ documentary style, but once or twice she treats herself and the audience to a contrasting view as the camera, accompanied by appropriate music, swirls up into the skies above the night-time city centre to show the American dream as it prefers to be seen, all glittering energy and sleek monuments to accomplished aspiration. But this is of course deployed only to clash and grind against the real misery of the poor black neighbourhoods, streets, yards, schools and prison where that dream and that spectacle remains visible but only as a screen image, taunting and untouchable, another America entirely to the one from which generations and generations of the underclass are effectively racially segregated – initially, historically, by visual difference, then increasingly by socio-economic incarceration. A recent statistic notes that there are more people imprisoned just in the state of Louisiana than in any country in the world (barring of course the USA.) We know too that the vast majority of those prisoners are young black American males. This imprisoned nation, incarcerated in profit-making private prisons, appears to be the corollary to the gleaming spires and playgrounds of America’s highly visible success story.

The main focus of Dreamcatcher is prostitution, but drugs and violence are always also involved in the damaged lives we see up-close and in detail. Brenda (and her colleagues in the charitable ‘Dreamcatcher Foundation’) helps some turn a corner and you get the feeling she has the strength and capability to save everyone alive. But of course the film subtly signposts all those without such a miraculous minder to hand, thus subtly urging the audience to do what each of us can to share our privilege, knowledge, skills, energy, opportunities and wealth to help those who suffer most from a system in which we are all and always implicated. Longinotto’s film allows us to see through the walls that habitually separate us and that lead us to believe we are world’s apart when in fact we are interdependent, together in search of a sustainable society and a truly ‘peaceful and prosperous’ way of life.

One perverse outcome of poverty-American-style is obesity that seems a slap in the face to all those in the world incapable of supporting themselves with sufficient nutrition and at risk of starvation. In this film, as teenage girls in High School workshops confess the rapes and other abuses they have already suffered prior to age fifteen, they constantly graze on Cokes and cookies and what looks like a constant supply of something like Haribo. In poor black Chicago, streets have broken sidewalks and broken lighting, apartments have no furniture, Children try to do homework, showing-off for the camera by pressing a pencil on crumpled paper held against the bare wall of yet another fatherless household, and yet all the love that has been lost, twisted and misused here is compensated for, not by state intervention gleaned by taxing an exponentially disproportionate wealth, swilling itself away in the playgrounds Las Vegas, but by the lowest common denominator of consumerism, placing cheap salt, fat and sugar where real love, family love or ‘state love’ really belongs, and thus only inducing further, unsustainable crises for the poor. Even our heroine, Brenda, is about to undergo surgery to replace her knees, collapsing under the weight of her body and her superhuman efforts to save others from the abject experiences and cruelly misled life she once knew.

Longinotto, a director who is, apparently, far more lauded abroad than in her home country of the UK, has here made a powerful contribution, awakening us to the increasingly urgent needs that have to be met if we are to ever reconcile the rewards of profitable capitalism with the tragic fallout that the same economic system inevitably produces (and on which it was of course founded.) Recent protests about black inequality in America were once again met with new levels of state force, which, like America’s overflowing prisons, only illustrates a fundamentally unethical society in which there is no peace because there is no justice, and where  pleasures are enjoyed by relatively few at the top of the system are clearly made at the expense of the great majority, about whom every modern democracy likes to boast that it supports and represents.