This week you’re struggling, admittedly, to know what to write. The six weeks of five-day-per-week Summer School teaching is over, and now you have a chance to take a breath you see the leaves are falling, brown, and scurrying along wind-swept streets. You occasionally get that ‘September’ feeling, you know, the one where the change of season gives you melancholy, or romantic sensations, as if time were reminding you of all the Septembers you’ve already had, and all the Septembers you will yet have, and that you are strangely helpless, sadly, but somehow beautifully ineffectual when confronted with the relentlessness and uncaring force of changing time.

You can’t help ‘taking your foot off the gas’ after all that intense and responsible work. Perhaps that’s why the paper you gave last weekend at the prestigious ICA wasn’t as great as you might have hoped. The event was all about ‘Diagrams’ as a kind of new paradigm, a way of thinking about artworks, activism and organization in general. You’d hoped to show your own interest in the arbitrariness of order (e.g. in Borges, and Foucault) and show some nice literary models (in Kafka’s ‘The Castle’ and Ishiguro’s ‘The Unconsoled’ wherein any representational schema that purports to be accurate or effective is broken down by experience (perhaps what William James, and Gilles Deleuze called ‘Radical Empiricism.) but in the end it all came out a bit lumpy and lame, your time was cut down because the previous speaker overran, and when you were warned your time was short you sort of panicked, cut most of your paper and rushed to a conclusion. This was probably all connected to a kind of exhaustion, and you were not on top of your game come the big day, but there will be others, as they say. 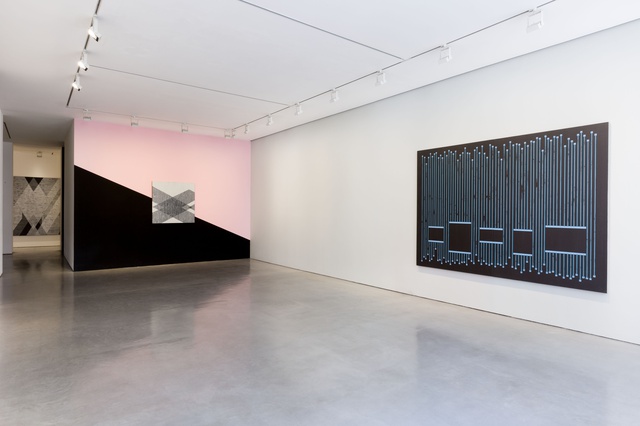 It hasn’t been a great week for you visiting art either. If anything you feel you’d like to rest your eyes for a bit, just look at the sky or something. But you have in fact been involved in a lot of writing and editing jobs ever since teaching came to a halt. There was a good show at Carroll/Fletcher, with Justin Hibbs (upstairs) and Liu Chang, Miao Jing & Gan Jian (downstairs.) Wonderful conflations of Hi-Tec reference, painting and history (Hibbs) followed by all-out graphic video intensity of a 22nd century kind (downstairs.) 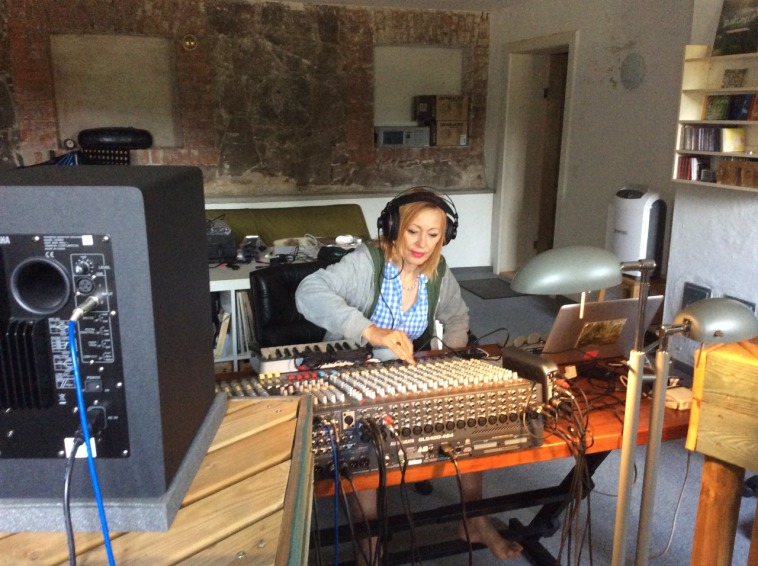 You also visited The Photographers Gallery this week, but again, not really on a mission. The Media Wall displayed what are still  future-shocking images of the Japanese phenomenon whereby enthusiastic fans, waving luminous batons worship a virtual projection of an Otaku ‘girl’ (rather than a real band or singer) named Hatsune Miku. It also showed passionate proclamations by Lady Gaga fans (“little monsters” they call themselves.) Then there was a Tumblr Blog replete with hosts of images of women working (as musicians, DJs, record producers , engineers etc.) in the music industry (trying to correct a perceived dearth of such images.) It was all connected to the show titled ‘We Want More’ upstairs, about photography and music, but somehow (again, feeling lazy) you enjoyed the Media Wall display more. It seemed to communicate better somehow and on this day photography seemed more appropriate to this huge luminous screen than to the various framed devices on the upper floors.

Shirley Baker – at the Photographers Gallery

The Photographers Gallery also hosted an exhibition of social-realist-type, grainy, gritty, late 20th century mostly B&W photographs of working class English life, but this time – again attempting to balance a gender differential – by lesser known women photographer, Shirley Baker. Your exhaustion however, also made you feel a little cynical, and, though you certainly appreciated this documentation of poverty -the moving images of kids getting by and making do with threadbare resources, hand-me-down clothes, just a ball and a wall etc. – part of you resented the sight of the relatively comfortable audience (including your self) ogling at those less fortunate, less auspicious, narrower, more defeated lives.

You feel you may have to apologise for this downbeat post, but that is where you are and how you feel today. Your Blog is not just ‘art criticism’ but always intended to be and do more than that, exploring art writing in a rounded way, and so, perhaps that can include this kind of off-day, downtime or ‘Blogholiday’. After all. this is your Fortieth post.